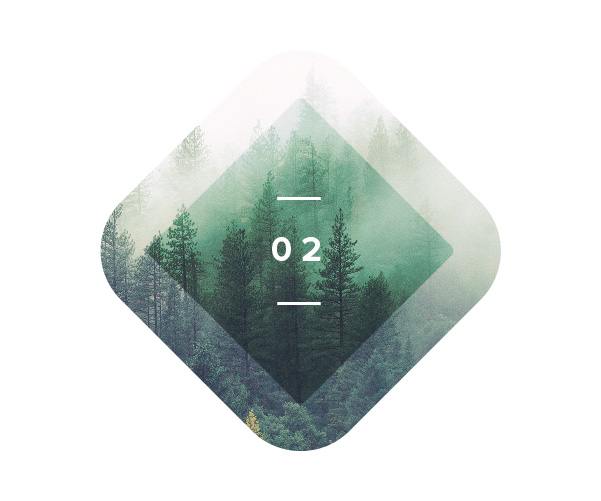 2.WORKING WITH A DECENTRALIZED ORGANIZATION

WHEN AN EXPERIENCE AGENCY
TACKLES BRANDING

Since 2014, at Fake Crow we have worked with six leading Greenpeace offices and their connected NROs (National and Regional Organizations). We created three major campaign style guides that allow communications teams to produce effective and powerful materials. We also worked on campaigns of different sizes and objectives.

In parallel, our team has been busy servicing companies in advertising technologies, data analytics, media, music and entertainment, financial technologies, dozens of startups as well as well-seasoned companies. We have launched our own SaaS product Xtensio used by over 100K marketing professionals, consultants, product managers, entrepreneurs around the world.

As a user experience design force that launches and optimizes digital products, we detect commonalities across the body of work we undertake.

This study reviews the evolution of our process and real life applications of this work to reveal cues of what’s ahead for global organizations.

How do you design for an organization when aesthetics isn't their priority?

Perhaps it’s best to describe what it’s like to work with Greenpeace first.

Founded in 1971, Greenpeace is known for their commitment to protect and conserve the environment. With NROs in more than 55 countries the world, their relationship with people in local communities is one of their greatest assets. Each office is an autonomous entity operating under a unified vision. And each office has a voice in setting this vision.

Nearly three years of working with Greenpeace we have observed that this “bottom up” approach has the right ingredients for any organization seeking to innovate in the digital age.

A Business Insider article by Aaron Gell tells“how a bunch of commies turned the Fortune 500 into climate heroes.” Of course, over the years Greenpeace has received a lot of criticism for their “confrontational and swashbuckling approach.” But this is what's great about them - they take the punch and they keep going. Sometimes it takes a jolting and controversial act to snap people out of their trance and pay attention. That’s how it is. But it doesn’t mean that Greenpeace activists are merely a bunch of badasses climbing on buildings and hanging down bridges. We have seen their pragmatism towards creating lasting change and relentlessly calling people and institutions in power to take responsibility and action.

NGOs' adaptation to the new communication age is no less challenging than any other seasoned establishment.

The Seven Shifts Greenpeace is actively going through is a testament to their awareness of exactly this. As an organization, Greenpeace is far less concerned with individual activists’ moments of heroism and far more interested in connecting people globally over the stories of indigenous and local communities fighting for the environment.

It's important to emphasize that Greenpeace's priority is always to draw maximum attention to the issue at hand and their methods do evolve. It may seem visual vanity is a hard core activist's last concern. But campaigners commission and support artists, storytellers, and designers to create impactful messages and mobilize people around causes. Lots of inspiration and powerful movements come out of these efforts. For communication coordinators this is a blessing and a curse.

The task of managing the content has become even more hefty than its creation. The challenge is connecting all the creative expression under the same roof, to serve the same goal in a coherent way.

Acknowledging this issue, Greenpeace International initiated a style guide project for Save The Arctic in 2014. Style guides are common practice to safeguard the visual integrity of the brand. They help properly establish its message in consumers' minds through every outlet. For a people-driven organization like Greenpeace, a style guide risks becoming too rigorous, too corporate brand-like as a tool.

In this case, our team's test was to answer this with every Greenpeace project:

How do we approach campaign branding to empower activists in creating effective messaging rather than pixel-pushing?

How can we set certain parameters for consistency while allowing creativity to flourish?

And for those who are reading this and don't run a non-profit, why is this relevant to other international brands?

To answer these questions, let us first address the nature of the challenges.

1. THE COMPLEXITY OF THE SUBJECT MATTER

Environmental issues are often very complex and require urgent action. Within a particular geographic region, the focal point may be the indigenous peoples’ rights, or the human rights. The wildlife or natural resources may be under threat. The nature of environmental threats also have multiple layers. They frequently tie into the exploitation of resources, whether this means oil, coal, or tuna. Depending on the threat's nature, either local governments are being called to action, or corporate brands and their consumer products are brought into the limelight. All of the above dictates the amount of content created. Websites, petition pages, social media posts, videos, posters, reports, and so on.

With mountains of content and messaging to be released across many campaigns, how do you keep things simple?

2. THE DIVERSITY OF THE TARGET AUDIENCE

Hyper-targeting is defining the new way of marketing and advertising. Brands are becoming increasingly ambitious about identifying the right demographics that can benefit from their products. Tech companies and startups have a very good sense of the post-demographic era in consumerism and carve out their place in the market by listening to their audience and steering their offering accordingly.

Non-profit organizations, although by nature different from profit-driven companies, use the same channels of communication to reach their audience. Like many brands today, Greenpeace seeks to effectively reach the global millennial audience.

NROs have a good handle on the cultural sensitivities of their own regions and are able to craft the right tone to reach their audience.

How do we leverage that level of close-knit brand/audience relationship to empower activists' locally?

3. A WORKFLOW WITH MULTIPLE BRAND STAKEHOLDERS

The users of the style guide are broken down to three main categories:

In this equation, Greenpeace's internal teams may have the opportunity to work with professional graphic designers and agencies. However often social media managers have to get craft and work with what they have. From digital directors to activists on the street, individuals use different methods and tools to create their Instagram posts, petitions, or posters.

How can we create an experience that connects different types of users over the same objective through a cohesive graphic and linguistic tool set?

Tech startups and digital product studios apply user-centered, data-inspired, and iterative methodologies to successfully build and launch digital products. This approach is purpose-driven and all about the shortest, most effective path to reaching goals. For that reason, it's a natural fit for an organization like Greenpeace.

Campaign messages are constantly evolving. Style guides should also be flexible and allow room for campaigns to evolve.

The three major projects we worked on “Save The Arctic,” “Stand for Forests” and “Ocean Is” are essentially brands of their own, debranded off of and interconnected with the Greenpeace campaign family.

Style guides for each campaign have become internal products to support the processes of communication teams and unite under the same core values, for better, faster, consistent messages.

For that reason, they don’t necessarily fit into the dictatorial style guide norms.

In three years, each global campaign and their sub-campaigns revealed further how these guides are used across this organization, and unlocked opportunities for improvement.

Now let's take a closer look at each of them.

A UNIFIED IDENTITY & AN OPEN-SOURCE MOVEMENT