Working with communities to improve the lives of elephants

and and mahouts in the tourism industry

The Mahouts Elephant Foundation (MEF) is a non-profit that supports elephants and their Karen mahouts (owners) in Thailand. The goal of Walking Elephants Home is to collaborate with indigenous people and prove that alternative forms of ethical tourism are possible through a business model that allows mahouts who free their elephants to earn a better income through sustainable ecotourism. Returning elephants to their natural habitat not only drastically improves their well-being but also enhances biodiversity and prevents further deforestation. 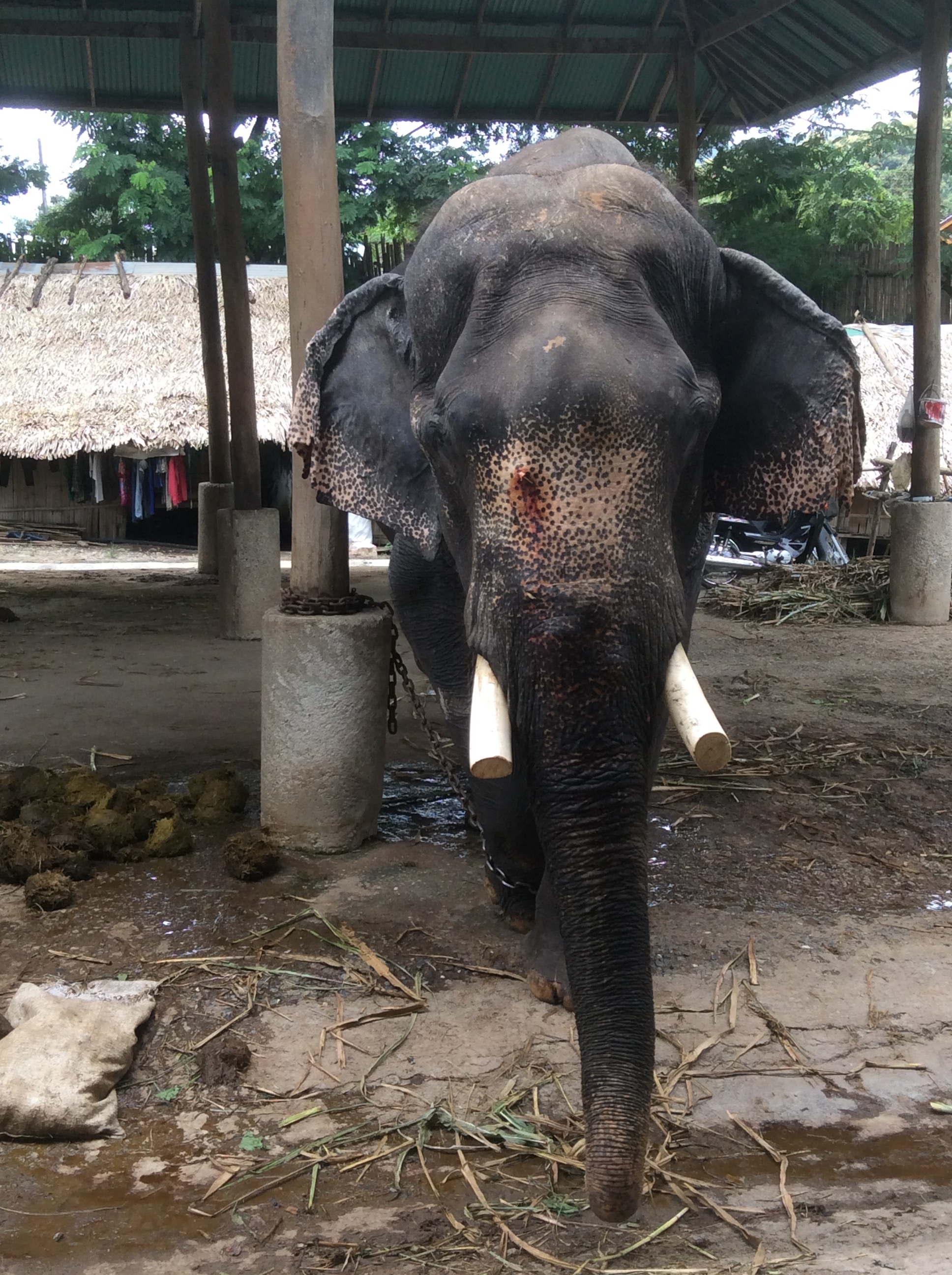 Like indigenous communities around the globe, the Karen hill tribe people are disproportionately vulnerable to climate change. In addition, they are denied citizenship rights of Thai people. But even enduring second-class status and facing intense economic pressure to expand farming, Karen hill tribe people have adamantly resisted deforestation. The Karen village of Huay Pakkoot has protected over 2,500 acres of forest with the hope of someday freeing all of their elephants.

Elephant tourism grew rapidly after the 1989 logging ban that put 2000 mahouts out of work, but regulations protecting elephants and employees failed to catch up. The village owns over 60 elephants, most of which are currently housed in dangerous and exploitative working elephant camps due to the lack of economic alternatives where elephants are forced to give rides to tourists during the day, and restrained on short chains at night. Karen mahouts are mistreated in these camps living in temporary housing with no running water or electricity. Mahouts are paid in tips from tourists rather than a salary so they are pushed to work long hours with no breaks throughout the entire year.

The expansion of elephant tourism creates a dangerously high demand for elephant babies procured from the wild in violent methods that kills 2-3 adult elephants for every baby acquired. TRAFFIC, the international wildlife trade monitoring network, estimated in 2013 that up to 100 of the remaining 2000 Thai elephants a year are captured from the wild. Efforts in the past year by the Thai government have helped to curb this issue by increasing registration and monitoring, but without industry wide changes the demand will remain.

Karen elders began to notice the negative effects living in these camps had on their elephants and mahouts when they made their yearly return to the village. The elders came up with a plan to start a communal elephant fund to start bringing elephants and mahouts home however the fund only provides enough money to sustain one or two elephants and their mahouts. MEF began building a relationship with the village 2 years ago and as the relationship strengthened, this summer we offered to assist in creating a sustainable business plan and assist with bringing guests to the village. 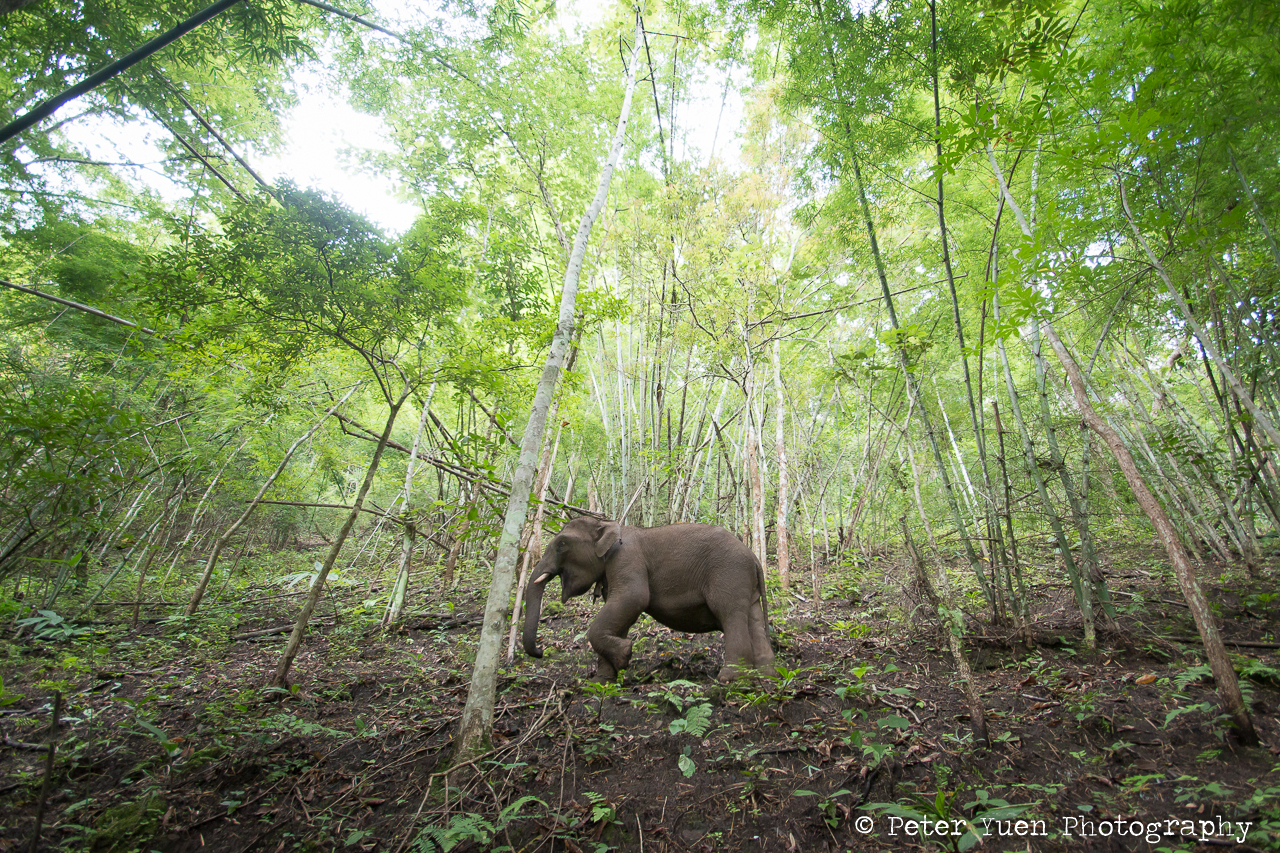 Rather than continuing the common practice of training elephants to work and keeping them confined so that tourists can easily see them, this project allows visitors to interact with elephants on their terms, deep in the forest.Our business model relies on the practices of community-based tourism developed by our local partner Chookiat Kananusapkul. Tourists who visit the project have the chance to stay in one of our 10 Tourism Authority of Thailand registered homestays, hike and camp in the forest with our experienced Karen mahouts in specially made jungle hammocks, and watch elephants interacting in their natural habitat.

In addition to the eco-tourism stay, the Foundation will annually organize a walk for 6-8 guests to accompany mahouts bringing elephants back to the village from trekking camps in Chiang Mai. The 8-day journey home passes through a national forest and other Karen villages. As a second form of project income, each guest will be asked to fundraise £1500, or the cost of supporting an elephant for one year, for the walk. This project thus blends philanthropy and earned income in order to become sustainable, replicable and scalable.

Above: One of our returned elephants Mario wanders freely  in the forest

The first walk brought back 3 elephants one of which has just given birth to a healthy baby. After the Novemberwalk, our total will be 7 elephants, 7 mahouts, and 10 family home stays supported by the project. We anticipate getting 60% of the project’s funding from earned income, 20-30% from philanthropy, and 10-20% from grants and partnerships. We aim to host168 total visitors (10-14 per month) during the next year. Each year we plan to bring back more elephants and in the next 5 years we hope to expand to surrounding villages,increasing our protected land. If the surrounding villages signed on to the project, we could employ roughly 50% of the mahouts in the hill tribe region.

In 2017,we willpartnerwith Dr. Dan Ramp and Dr. Liv Baker from the Centre for Compassionate Conservation at the University of Technology Sydney as well as Dr. Shelley Alexander at the University of Calgary to research this unique method for elephant keeping and the effects of this type of tourism on the environment and local stakeholders. Dr. Baker and Rebecca will begin preliminary research this spring.

This grant will be used to fund bringing on Rebecca Winkler as a full time project manager in the village who will be responsible for educating guests about elephants, maintaining positive relationships with the community, and updating our social media accounts. In these early stages of the project, bringing on a project manager who has experience with elephants and tourism is critical this ensure guests have a positive experience in the village, and leave with knowledge that inspires them to stand against exploitative tourism practices. Living expenses for one year in the village total $4300.00. We have been fortunate to receive early marketing assistance from the BBC through March 2016 when a short documentary will air on CBBC providing us with preliminary exposure in the UK and marketing materials we are free to use in the future. The remaining $700 will be used for marketing our tourism experience.

There are many elephant experiences for visitors to Thailand; while none offers the same combination of sustainable economic benefit to the mahouts and treatment benefit to the elephants, we will nonetheless need to compete to attract supporters. The success of our business model and the expansion of it to other projects will ideally put pressure on destructive elephant camps to treat their elephants and employees better in order to compete. 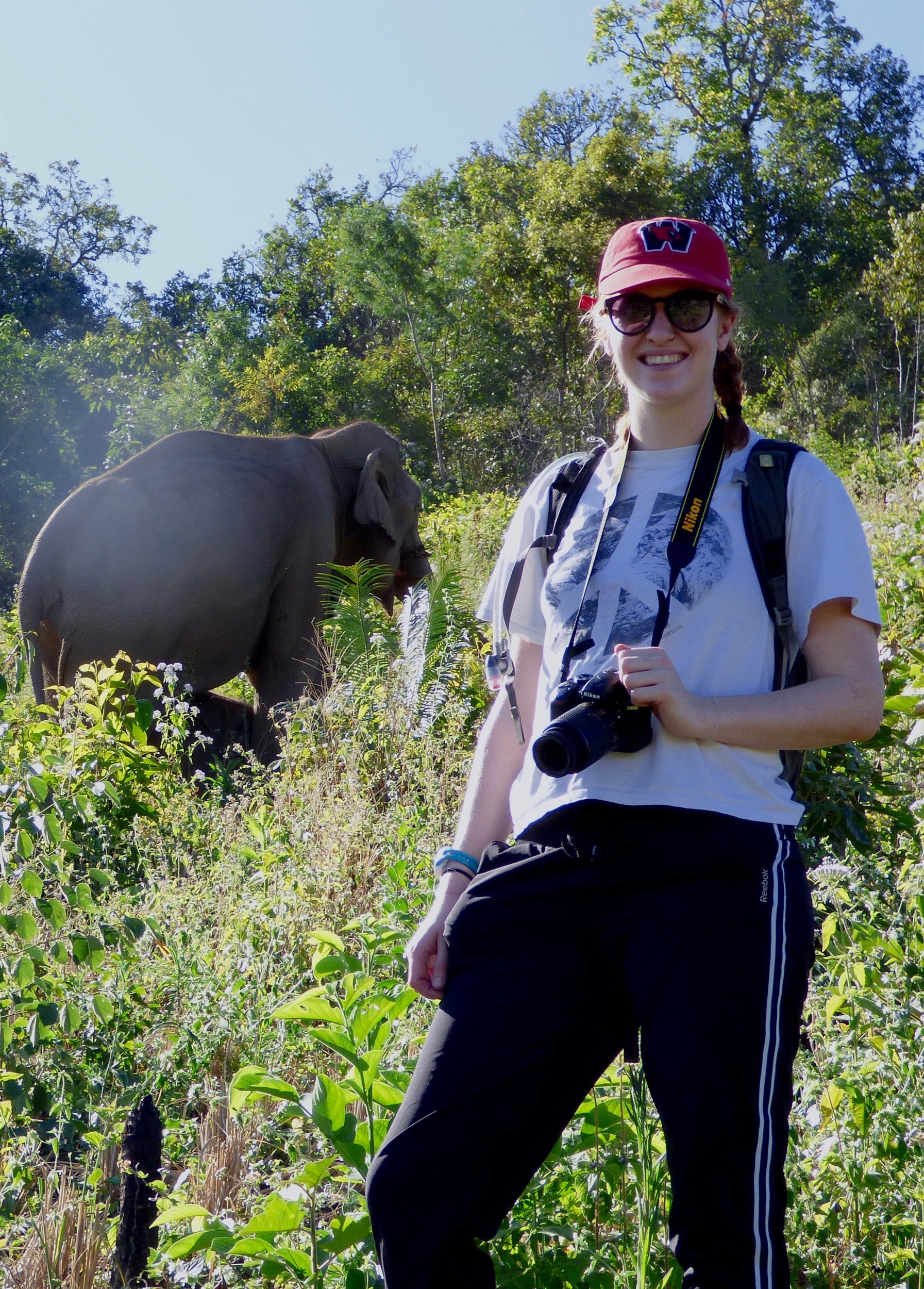 Rebecca has been studying elephant tourism in Thailand for the past 3 years as an intern with the Kerulos center, Boon Lott's Elephant Sanctuary and Mahouts and co-authored an extensive document outlining the issues within the industry with Sarah Blaine and Dr. Gay Bradshaw. She organized the first walk this past summer with Sarah Blaine and is a boardmember for the foundation. Currently, She is writing her senior thesis on elephant tourism in Thailand from an ecofeminist lens. Thanks to the Davenport grant and the Ecofeminism Research Grant shehasspent 2 summers in Thailand and one month living in Huay Pakkoot getting to know the people of the village.

Sarah began her work in Thailand 7 years ago as a tourist who was shocked at the way elephants and mahouts were treated in the tourism industry. Since then she has returned to Thailand dozens of time to meet with mahouts and learn about their experiences as well as to collaborate with other organizations to create educational materials on tourism. Sarah has had great success meeting with the key leaders in UK tourism to educate them and urge them to remove exploitative experiences from their tour offerings. She has a very positive relationship with the association of British tour agents (ABTA) other other tourism associations who frequently seek her advice on where to send their tourists in Thailand.

Below: Our Matriarch Thong Kam

Sinchai is one of the leaders of Huay Pakkoot village and has been working with elephants his entire life. His father was the former Chief of the village and he is now the current chief’s deputy. Sinchai runs the elephant conservation group .

Chookiat Kananusapkul is a tourism expert who has worked for 20 years to lead sustainable and ethical community based tourism trips. Chookiat has dedicated his time and personal funds to the success of this project and is the acting translator and leader of all trips to the village. He is an expert on hill tribe culture, leading jungle expeditions, and is fluent in both Thai and English.