Pertiwi Initiative strives to address a waste issue in the marine environment of Kepulauan Seribu in Indonesia by utilizing an environmentally and financially sustainable model of decentralized waste bank. This model will allow participants to manage solid waste more efficiently while receiving economic benefits. The Initiative also works to empower women by expanding the access to opportunities that allow them to have more active roles in the community and economy

Activities will include meeting with local community leaders, house visits, and a workshop targeted toward potential customers in order to promote the initiative among the local community on Panggang Island. Given the gender dimension of this project, we will recruit five local women to assist the operation of the waste bank and play a leadership role in the project. These volunteers will receive extra training as well as stipends. We will also start recruiting local women as bank customers.

Bank customers bring plastic waste to the bank where it would be treated like a deposit. When enough waste has been collected, it will be transported to mainland Jakarta where it will be sold to recycling plants (pengepul). The waste deposits will be leveraged as a source of income that can be withdrawn by customers when needed.

Waste bank continues its operation and begins marketing the project to all residents regardless of gender for maximum environmental impact. Community members will also have the opportunity to learn more about waste management and the environment by attending workshops.

Scattered across the Jakarta Bay to the north of Indonesia’s capital and largest city, Kepulauan Seribu is a chain of 110 small islands and home to a reef complex which is vital to the regional economy, coastal protection, and biodiversity preservation. However, the archipelago’s relative proximity to the urban behemoth of Jakarta Metropolitan Area has threatened the fragile marine ecosystem. According to a report published in Warta Kota, approximately 86 tons of waste is dumped to the bay daily from the mainland even though the islands could only collectively process 24 tons of waste on a daily basis.

Panggang Island is the most densely populated island in Kepulauan Seribu and one of the least developed. Devoid of any proper waste processing facilities, the island has struggled to manage solid waste washed ashore. The disposal of household and industrial waste into the Jakarta Bay, particularly by individuals and businesses in mainland Jakarta, has put immense stress on the island environment. To make matters worse, most households on the island use burial pits to dispose their waste—a method that is not sustainable given the geography of Panggang Island.

Our goal is to recruit 5 local women to assist the operation of the bank, open 100 bank accounts, and divert 200 kilograms of solid waste from the bay per month. Achieving these goals will help ensure the self-sustainability of the project.

Upon depletion of grant funding, the stipends for local volunteers and costs associated with the bank operation as well as transportation of plastic waste to the mainland will be sustained by the revenues generated by selling the plastic waste to recycling plants in mainland Jakarta. By collecting 200 kilograms of shredded solid waste per month, the project could generate a steady monthly profit of IDR 1,200,000. The project could be scaled up by allowing customers to deposit other types of solid waste, especially papers and cans, which could be sold to recycling plants in Jakarta.

Pertiwi Initiative plans to approach the issue of waste management in Kepulauan Seribu in a way that is both environmentally and financially sustainable in the long run by building upon a highly successful waste bank (bank sampah) model which has been highly effective in addressing environmental issues in other parts of Indonesia. This project’s focus on the waste management in a marine environment and our commitment to women empowerment through entrepreneurship set us apart from other initiatives that employ a similar business model.

This project is grounded in the values of sustainable development and female empowerment, as reflected in its name. Mother Pertiwi is the national personification of Indonesia and her tears (tangis ibu pertiwi) are often used as the rallying cry against environmental degradation, as exemplified by the patriotic song Ibu Pertiwi. In Indonesian patriotic literature and art, Mother Pertiwi is often considered as both the mother of Indonesian people and the allegory of the homeland—or tanah air (Indonesian: land and water). 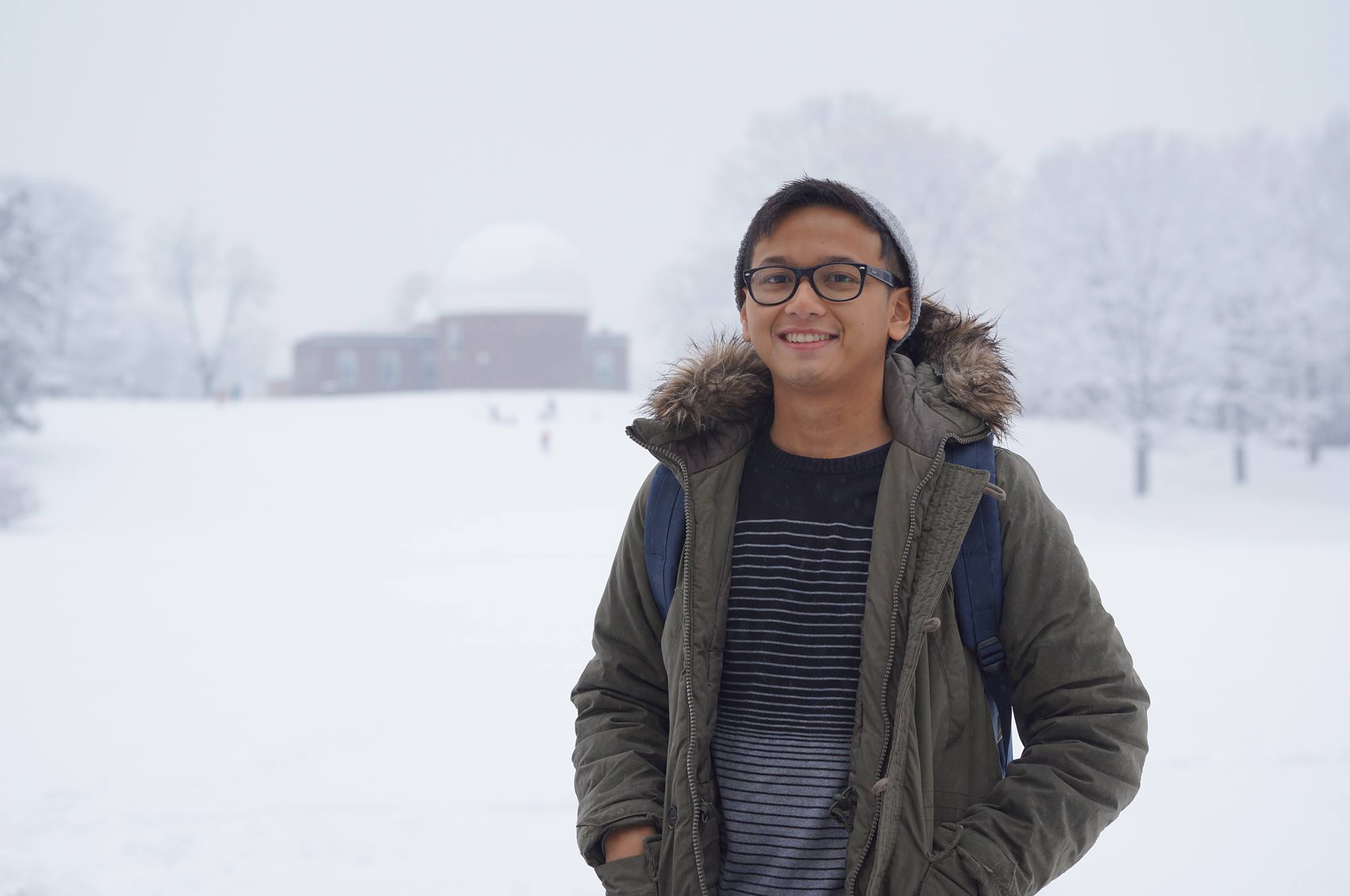 With the support of the U.S. Department of State, AFS Indonesia, and the British Council, Eki co-founded a social enterprise that aims to inspire students living in underprivileged communities in Jakarta. At Wesleyan, he is pursuing the Environmental Studies Certificate.

As an Environmental Engineering major, Denisa has conducted research on waste management projects across Indonesia. Her fieldwork experience in Bali, East Java, and West Java has familiarized her with waste bank business model and its positive environmental impacts.

Mayvita was first exposed to the environmental problems facing Kepulauan Seribu when she did a field trip to Tidung Island as a high school student. As the Vice Chair of Program for the International Student Energy Summit in 2015, she arranged panels on topics including "Energy and Women" and "Sustainable Cities".